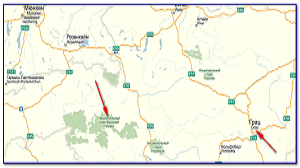 In the article «Maps of My Travel: Hohe Tauern» you can find two maps of the National Park Hohe Tauern (Austria). The maps below can be enlarged if you click on them.

The National Park Hohe Tauern is the largest one not only in Austria but in Central Europe too. The highest mountains of the Austrian Alps, including the Grossglockner Mountain (3798 m), are located on its territory (1800 square kilometers)

There are four panoramic roads in the National Park Hohe Tauern. The map of these roads is shown below (it can be enlarged too). 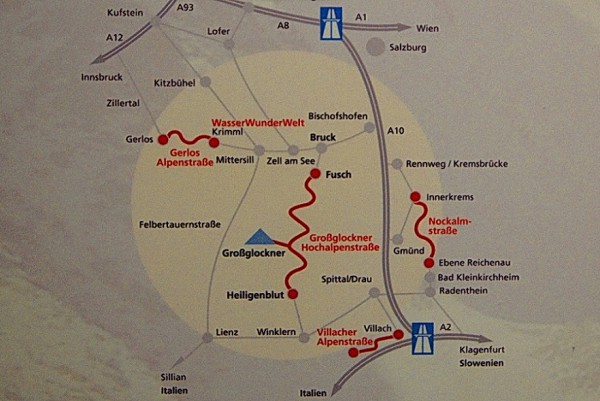 We found more information about the roads on Yandex.maps. The diagram of panoramic roads was photographed in the National Park Visitors’ Centre. I'll write about the Nationalparkcentre Mittersill later.

As for the panoramic roads, bear in mind that they have been used since 1935. They were built specifically for tourists travelling by cars, motorcycles and bicycles. Driving along them is open from early May to late October, and all the roads are turnpikes.