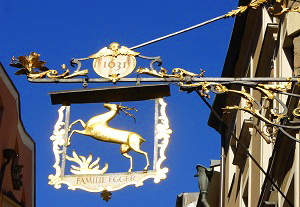 I have such  warm traveller's impressions about  Innsbruck that  I  would like to visit it again. And I advise everyone to do the same.

Innsbruck is the administrative centre of the federal state of Tyrol (Austria). It is called the Alpine capital of Austria. It is no coincidence, as the city is located in a picturesque mountain valley of the Inn River, protected on all sides by the majestic Alps, and it is famous not  only for its ski slopes and  Olympic venues.

Innsbruck cherishes its history, the beginning of which is lost  in the centuries when Roman troops reached these places and established a settlement. The inhabitants of Innsbruck are proud of their roots which are not only the Romans but also the Alemans, Ostrogoths, Bavarians, Slavs, Irish, Anglo-Saxons,  French.

The name  "Innsbruck"  first appeared in historical documents in 1180. This settlement wasn't a city yet.  But in 1420  it  became the capital of the Front Austria. Some time later arms factories were built there and they glorified Tyrolean capital ​​in  Europe. The city was a part of Bavaria  two times throughout its long history and during World War II  it was annexed by the Third Reich  with all the other parts of Austria.

The old town of Innsbruck is not big  but well-preserved. You will not find  the capital's pomp and bewitching refinement  in it, but it is so cozy that you will not want to leave it. Street cafes are full of people and there are flowers everywhere. 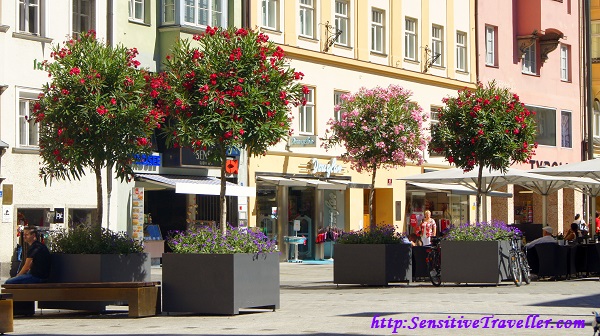 There are a lot of museums and they are diverse. So, if you're not lucky with the weather, you can always spend your time there.

I would like to recommend some of the museums which are worth visiting in any weather. They are:  Museum "Golden Roof" (the former residence of the Tyrolean princes), the Hofburg Imperial Palace, Palace Church with the Tomb of Maximilian I and two excellent museums, which are located in the suburbs: the medieval Ambras Castle and the underground museum "Swarovski Crystal Worlds".

I’m going to tell you about them in special articles.

But naturally that if you spend some days in this ancient city you will enrich your life with unique impressions.

Take your time - and walk slowly around  the palace garden of the 16th century,  visit the Tyrolean Folk Art Museum,  admire the panoramic view of Tyrol,  see exhibits of  3 century BC in the Museum of Classical Archaeology,  admire the collection of  primitive culture objects in the Ferdinandeum. 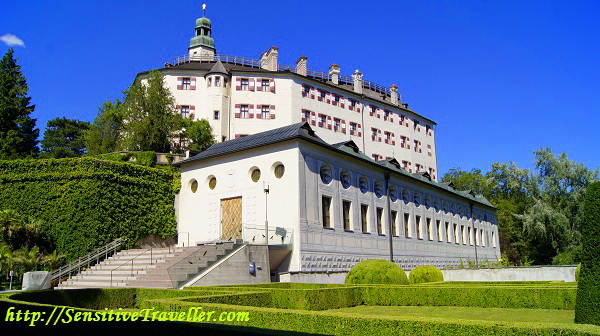 But there is also  Armoury Maximilians storeroom,  a Zoo (the highest mountain zoo in Europe), the Palace of Assembly of Tyrolean estates, the Alpine Museum Society, bell-casting workshop with the 400-years of  tradition and, of course, the Olympic facilities built for the Olympics of 1964 and 1976.

And now  you may watch the video that I created with my photos taken during my stay in Innsbruck. (To watch the video in HD, it is necessary to click on the icon on the control panel  under the video and  select the quality 1080rHD and wait until the video is downloaded, otherwise you  will  have some problems while watching it).

Enjoy the video! And may your  impressions of Innsbruck be unforgettable!